Okinawa Institute of Science and Technology

The Okinawa Institute of Science and Technology is an interdisciplinary graduate school offering a 5-year PhD program in Science. Over half of the faculty and students are recruited from outside Japan, and all education and research is conducted entirely in English.

In contrast to neuro-transmitters, which are released on sub-second time scales, conventional drugs administered intravenously or orally are released over prolonged periods of time.
In this technology the drug is encapsulated in liposomes with gold nano-shells tethered to them. The liposomes are introduced into the tissue and irradiated by a femtosecond laser releasing the drug. The delivered dose is determined by the laser intensity, and the temporal profile of the drug release by the pulse train characteristics as shown in the figure.

- Controlled sub-second drug delivery
- Liposomes are not damaged by irradiation

A suitable laser is required to initiate drug release 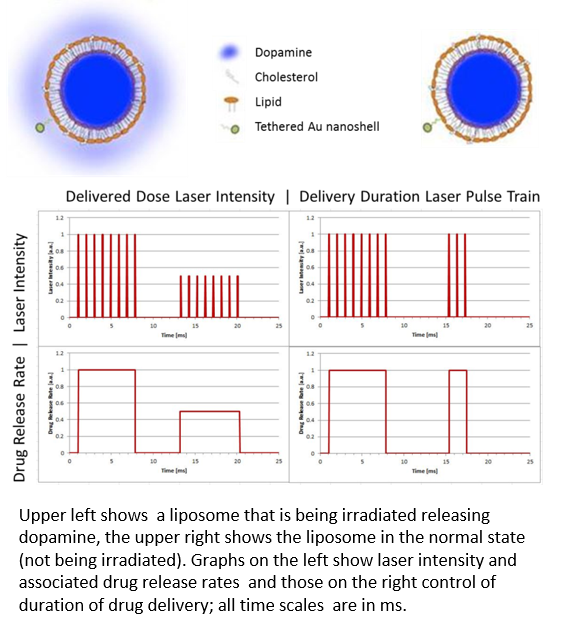