Muography is an emerging technique that can visualize the internal structure of gigantic objects such as volcanoes, cultural heritage (pyramids, ruins and other ancient architecture), underground ore bodies, caves and industrial plants including nuclear reactors. The principle of muography is similar to radiography but utilizes muons instead of x-rays. Recent muographic technologies have been developed to achieve higher tracking resolution and higher efficiency to get increasingly higher definition, higher contrast images. For example, the recent measurements in the Fukushima Dai-ichi Nuclear Power Plant clarified the absence of nuclear fuel from the reactor and researchers could conclude that meltdown had occurred. More recently a joint Japanese/French muographic measurement using nuclear emulsion and gaseous detectors detected a new chamber above the grand gallery of the Khufu pyramid. Muons are generated in the Earth’s atmosphere as a result of collisions between atmospheric nuclei and primary cosmic rays that arrive isotropically from the deep Galaxy, therefore this natural resource is ubiquitous and can be used everywhere on the Earth.

Thus far, since it requires a long time for researchers to analyze data acquired from muographic observations, the results that could be applied to indicate sequences of eruptions or meltdowns as they occur, hidden void and structures, existence and size estimation of the underground orebodies, are delayed and consequently the data itself is not as effective for engineers to utilize towards their goals of evaluating whether these phenomena are imminent. The main obstacle researchers have encountered when trying to create prompt results has been due to the complicated process of converting and merging raw data to the appropriate muon’s tracking information along with the challenging of reducing background noise. As a first step towards creating a more effective process, an ultra-low background noise muographic observation system (MOS) was developed in 2014. This MOS now enables researchers to not have to concentrate on solving complex issues with background reduction and therefore the development of an automatic muographic data analysis and viewing system is now in our scope of realization. And now it was evolved to the 3rd generation MOS with finer definition. Tackling these issues of analysis speed and building a faster and finer visualization system for the purpose of real time monitoring of gigantic objects is now available for engineers in the world.

Muography technique is limited to near‐surface depths (up to a few km from the ground surface) and, there will only be results for the volume located above the detector. The targetable size ranges from a few m to a few km.

Muography can be used;
-Economic evaluation of natural resource or Searching danger assessment in mines/underground
-Creating visualizations of the interior of blast furnaces
-Creating visualizations of the interior of electric furnaces
-Monitoring the state of degradation of public structure like roads, railroads, bridges and tunnels for safely maintenance
-Confirming the status of meltdown inside nuclear power plants, where it would be dangerous for people to enter
-Experiments in pyramids and other ancient mound to search for hidden chambers
-To study other geological phenomenon 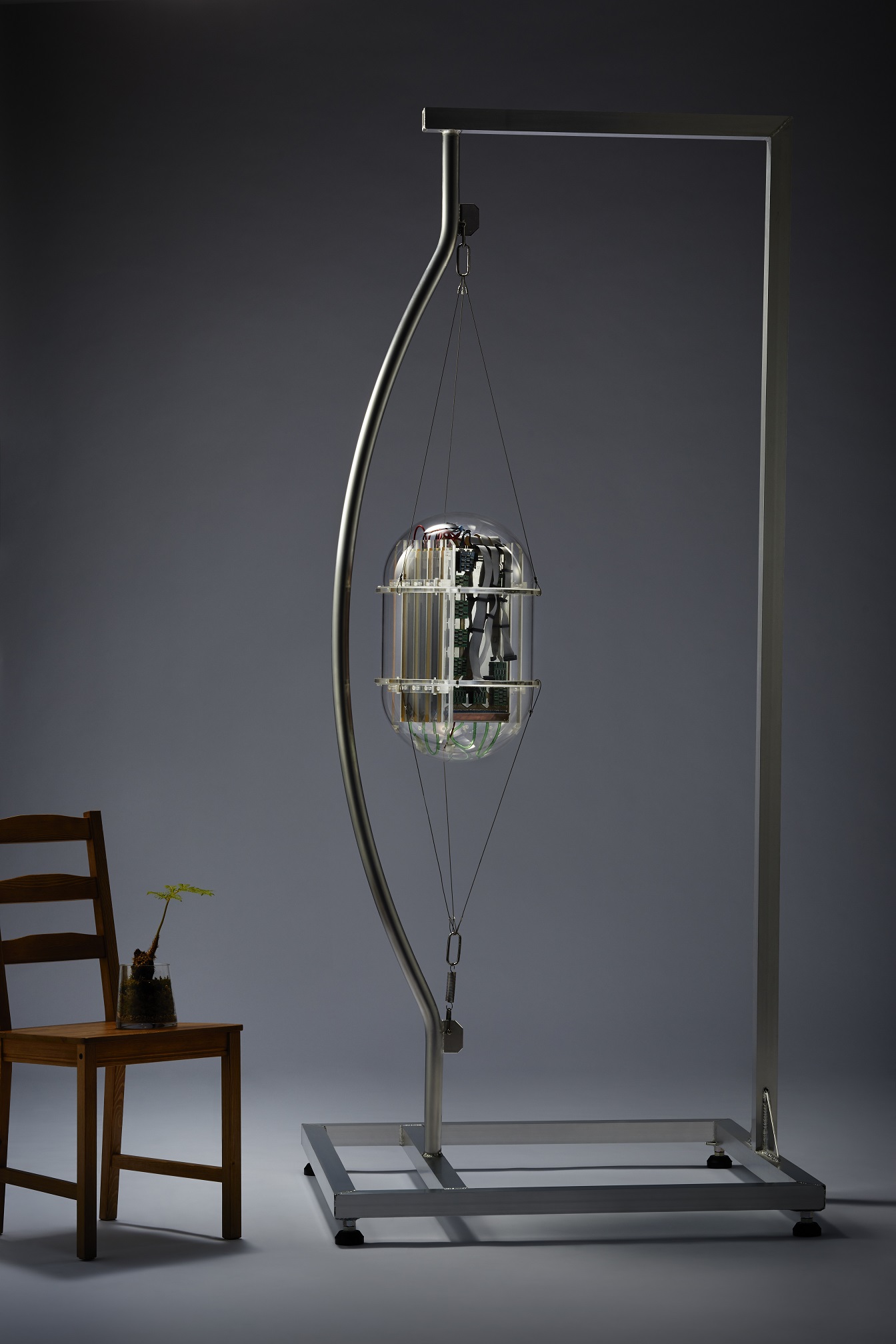 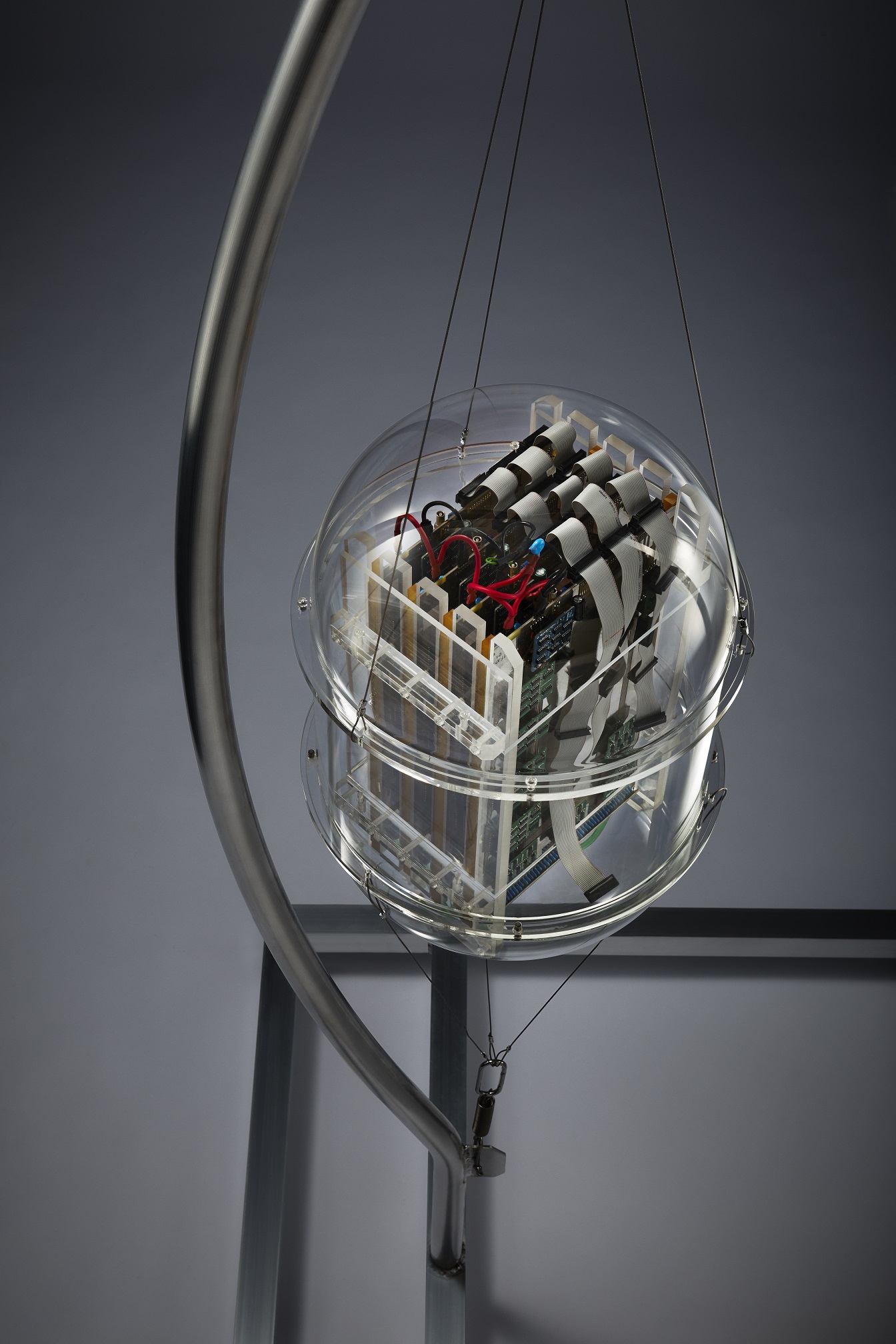 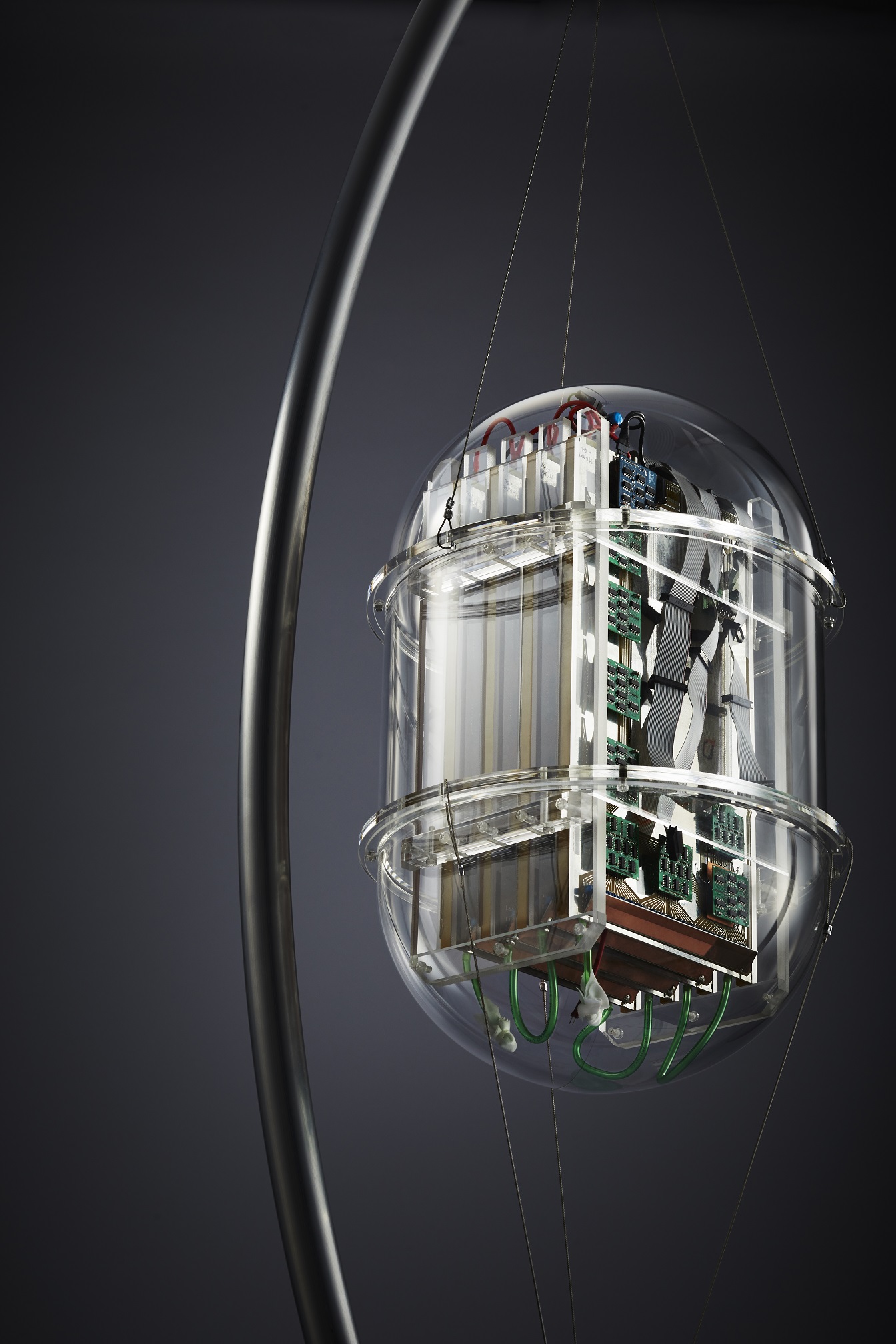 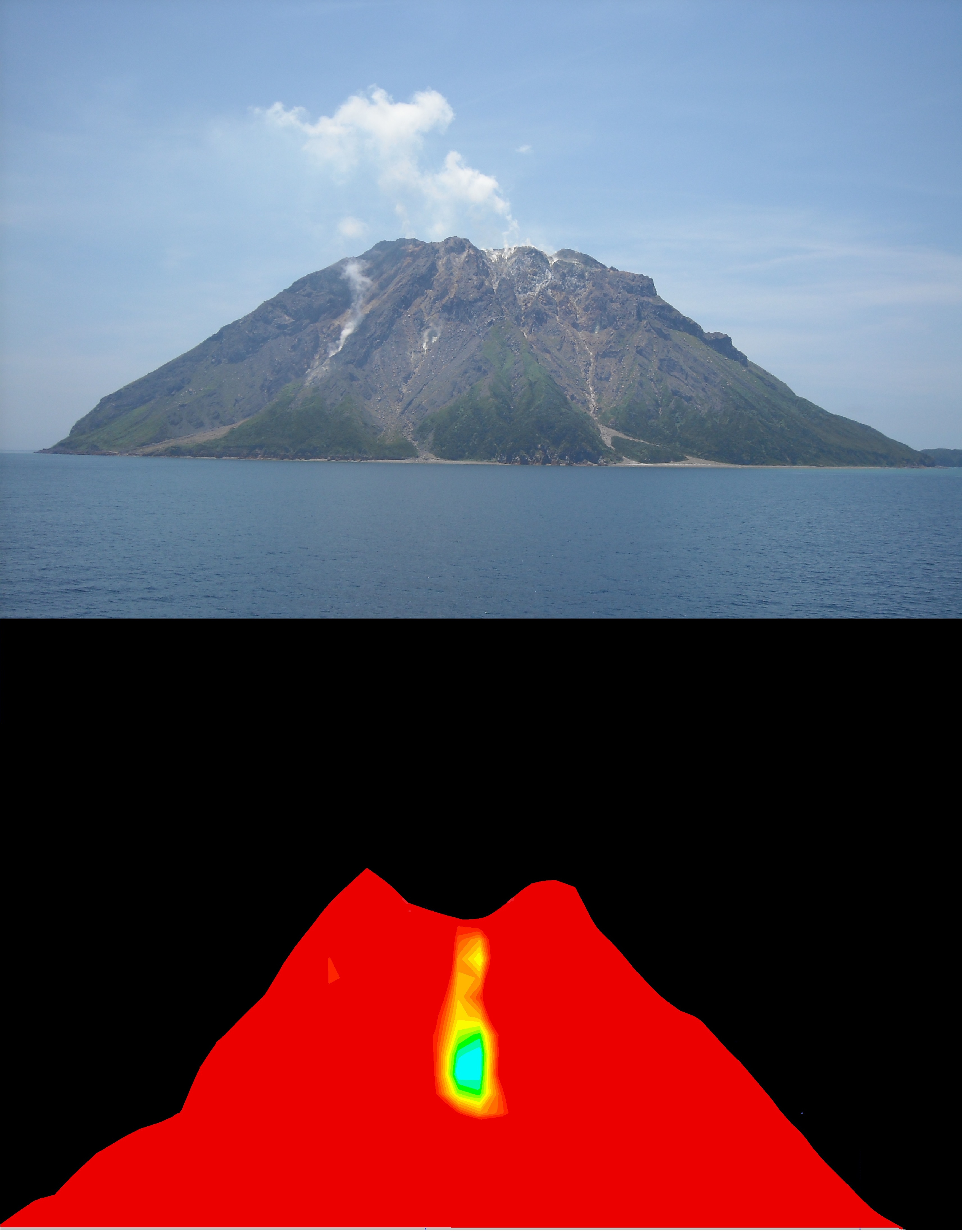 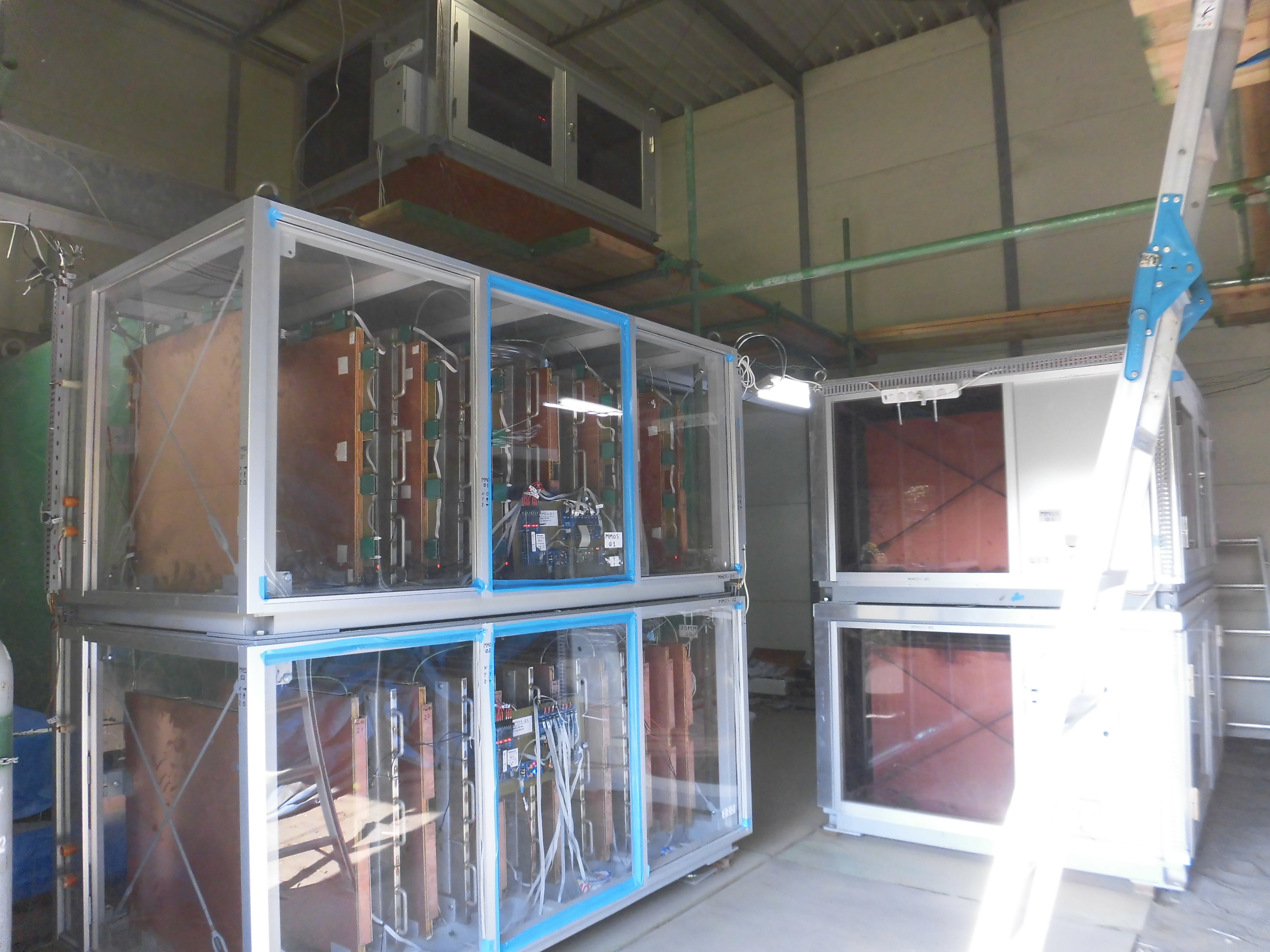 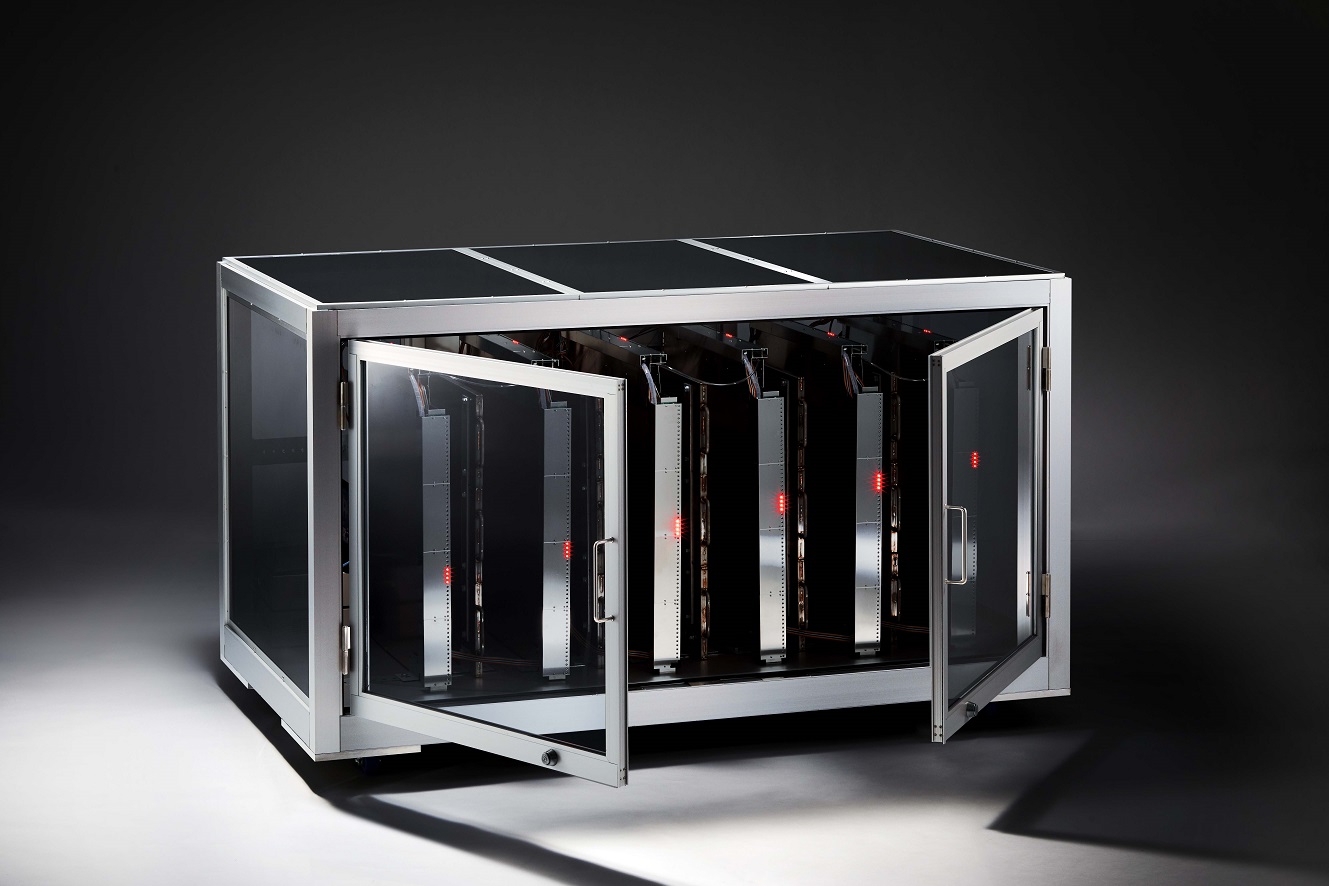 VARGA, Dezsö OLÁH, László HAMAR, Gergö from Wigner Research Center for Physics of the Hungarian Academy of Science, and TANAKA, Hiroyuki KUSAGAYA, Tarou from The University of Tokyo